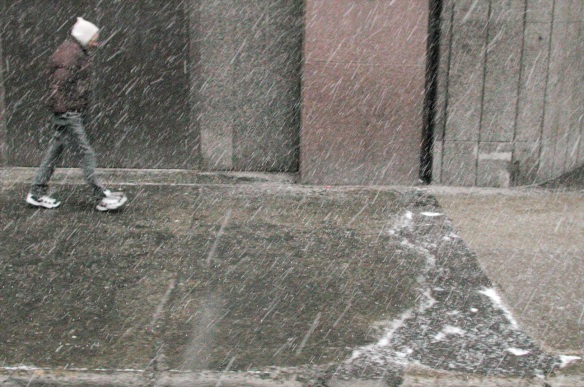 My son was released from jail last week, much sooner than either of us had expected. I wasn’t ready for this. I’ve been doing so much reading and research on addiction and recovery since his last overdose, hoping by now to have mapped out some course for moving forward.

But I have nothing. No clue what to do.

The more I read, the more confusing it becomes, the less decisive I feel, and the more hopeless it seems, at least for finding a clear-cut path to recovery.  At best the path seems murky, fraught with pitfalls, forking out in a dozen directions.

What I’ve learned is this: There is no clear-cut path to recovery for the addict and his family. Every addiction is different and so is every recovery. Outpatient programs, it appears, can work as well as residential rehabs.  And some addicts recover miraculously “on their own” with no program, no treatment, not even a “come to God” moment.

Abstention isn’t always on the road to recovery either. Some never stop using, they just learn to manage it better, learn to moderate and weave their drug use into a productive life. NA and AA while helpful for some can be harmful for others. The only definitive answer I could find was that Suboxane, a drug that blocks opoids and eases craving, is the safest and sanest path to recovery for heroin addicts. Yet its use is almost unanimously frowned upon by most of the “affordable” and state-funded programs.

The only thing I know for sure is that we can not afford the kind of science-based long-term residential rehab program I had hoped to find. We’re stuck with that cluster of worn-out, already-tried, faith-based, less-expensive options. The ones that treat addiction not as a disease but as a moral failing and treat addicts as weak-minded losers who need a huge dose of “tough-love” (translate stern lectures and a cold back) and “humility (translate debasement).  The kind of programs that kick you out if you relapse, or miss meetings, or commit other minor violations. Or they send you to county jail for the same mistakes if you happen to be “on probation.” The kind that prohibit Suboxane.

That’s where my son has ended up (again), on probation and mandated to a Prop 36 program: a well-intentioned program that is completely lacking any scientific or medicine-based or therapeutic style of treatment. Mostly it consists of group meetings, a few films, once a month one-on-one counseling, random testing, and weekly visits to court where he will sit for long hours on wooden benches waiting for his two-minutes before the judge, who will either say “good boy,” or “need a little time-out in jail.” This “treatment” didn’t work the first two times he was in Prop, but hey, maybe it will this time.

The only hopeful thing I had going was knowing that at least he’s coming home clean and sober, optimistic and enthusiastic, ready to make a fresh start.

But no. That wasn’t to be either.

When I picked him up at the bus station I had the uneasy suspicion that he was already using, or maybe he’d never stopped. Maybe he was using the whole time he was in jail. Maybe the packets of extra food and coffee that I purchased for him because he “was starving” went toward drugs.

Or maybe, like so many times when he was released, someone saw him walking down the road toward the bus stop with his little paper sack and, identifying him as a kindred spirit (they’d done time, they knew how it felt to get out), they pulled over, offered him a ride, shared their stash. Their good deed for the day.

Maybe I should have picked him up from jail rather than making him catch the bus to where we live. Maybe.

So many maybe’s. The only thing I know for sure is that I know nothing for sure.

And when it comes to addiction, no one else does either.